Mark MendozaPosted on May 4, 2015 Posted in Uncategorized — No Comments ↓ 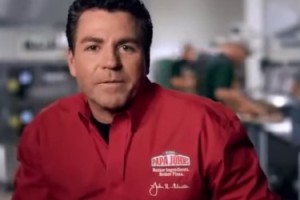 The judgment is the latest victory against a fast food company for wage theft and another step in holding corporate owners legally liable for illegal acts of their franchise owners. (Papa Johns/ Youtube)

A Papa John’s pizza franchise in New York must pay its workers nearly $800,000 in unpaid wages over allegations the business underpaid employees and failed to pay overtime, a state judge ruled last week.

New York Attorney General Eric Schneiderman in December sued Emstar Pizza Inc., which operates seven Papa John’s franchise locations in Brooklyn and Queens, alleging that Emstar underreported hours worked by employees over the past six years, rounded employee hours down to the nearest hour, and did not pay overtime.

Attorney General Schneiderman is also considering legal action against the franchisor, Papa John’s International Inc., on the theory that it is a joint employer and thus liable for the actions of its franchisees, according to reporting from the New York Post.

The National Labor Relations Board in July ruled McDonald’s a joint employer and thus liable for labor or wage violations at its franchise locations in a first-of-its-kind decision that represents a significant victory for workers’ rights advocates. Corporations like Papa John’s and McDonald’s employ about two-thirds of the low-wage workers in this country, but have so far mostly avoided liability for the illegal actions of their franchise owners under the theory that, despite sharing a common corporate brand, each franchise is independently owned and operated.

Any legal action taken by Schneiderman would build off that July ruling and advance a similar charge that Papa John’s franchises operate through uniform standards tightly controlled by the franchise’s corporate parent.

Should such a theory prove successful, it would make it possible for former employees to collect their stolen wages.

The U.S. Department of Labor reportedly provided information to help Schneiderman with the wage theft case against Papa John’s in New York.

Schneiderman’s judgment against Papa John’s prevents the franchise owner from selling the six stores unless the proceeds from such sale is deposited into an escrow account of the attorney general on behalf of the former employees.

“This judgment sends a clear message that like every other business in New York, fast food employers must follow the law,” Schneiderman said in a statement. “This Papa John’s franchisee brazenly violated the law, shaving employees’ hours and avoiding paying overtime by various means, including giving managerial sounding titles such as ‘head driver.’”

To schedule an interview with Jessica Mason Pieklo contact director of communications Rachel Perrone at rachel@rhrealitycheck.org.

This site uses Akismet to reduce spam. Learn how your comment data is processed.